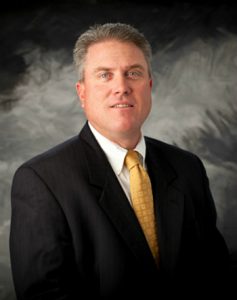 Todd Ramsey attended Ball State University where he studied Political Science with the intent on going to law school. After graduation in 1988, however, he started his own company as an insurance fraud investigator. During that time he was required to take real estate classes in order to maintain his license. This is where his enthusiasm for property development began. By 1995, he and longtime friend Andy Norton joined forces to create Auburn Hills Development, a hugely successful company creating over a dozen residential subdivisions in northeast Indiana. After the home building market stumbled in 2003, they decided to expand their business to include commercial and industrial projects with the creation of RCI Development. Since then, Todd’s creative problem solving approach to real estate development has resulted in such successes as the AWB Condos multi-use project, Lutheran SportCenter and Parkview SportOne facilities. In 2010 RCI merged with BND Commercial to form the most successful full service commercial real estate company in northeast Indiana.